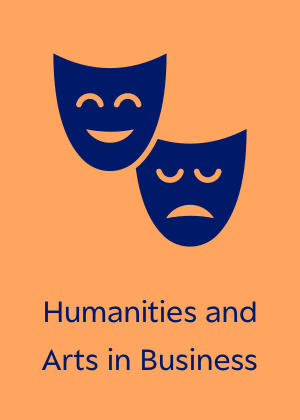 By the end of this case study, students will

Introduction to the Excerpt

There are seven books in the Harry Potter series of novels by J. K. Rowling, all of which have been adapted as movies. The protagonist of Rowling’s fantasy novels is Harry Potter, a young wizard and a student at the fictitious Hogwarts School of Witchcraft and Wizardry. In the wizarding world of the novels, Rita Skeeter is a reporter for the wizard newspaper, the Daily Prophet. She is a “yellow journalist” (writing for the kind of newspaper that specializes in sensationalist and often illegitimate news) and involves herself in unethical practices, such as fabrication and exaggeration of information and illegally eavesdropping on people, for fame and money.

In the fourth book of the Harry Potter novel series, Harry Potter and the Goblet of Fire, Harry is a contestant in the Triwizard Tournament, a prestigious competition in which the winner bags a thousand gold Galleons (wizard money) and eternal fame. Young wizards from different wizarding schools who are over 17-years-old can enter the tournament. Potential candidates have to drop their names in a flame-filled wooden cup that is known as the Goblet of Fire. The Goblet will then select a single, most eligible candidate from each of the participating schools as the “champion” representing that particular school. Harry is only 14 years old, so he is not allowed to enter. However, his name somehow gets dropped into the Goblet, and he is selected as one of the champions for the tournament. In the excerpt below, Harry encounters Rita for the first time. Rita is interested in interviewing Harry regarding the events surrounding the tournament selection round.

Excerpt From Harry Potter and the Goblet of Fire

Her hair was set in elaborate and curiously rigid curls that contrasted oddly with her heavy-jawed face. She wore jewelled spectacles. The thick fingers clutching her crocodile-skin handbag ended in two-inch nails, painted crimson.

‘I wonder if I could have a little word with Harry before we start?’ she said to Bagman, but still gazing fixedly at Harry. ‘The youngest champion, you know … to add a bit of colour?’

‘Certainly!’ cried Bagman. ‘That is if Harry has no objection?’

‘Lovely,’ said Rita Skeeter, and in a second, her scarlet-taloned fingers had Harry’s upper arm in a surprisingly strong grip, and she was steering him out of the room again, and opening a nearby door.

It was a broom cupboard. Harry stared at her.

‘Come along, dear – that’s right lovely,’ said Rita Skeeter again, perching herself precariously upon an upturned bucket, pushing Harry down onto a cardboard box and closing the door, throwing them into darkness. ‘Let’s see now …’

She unsnapped her crocodile-skin handbag and pulled out a handful of candles, which she lit with a wave of her wand and magicked into mid-air, so that they could see what they were doing.

‘You won’t mind, Harry, if I use a Quick-Quotes Quill? It leaves me free to talk to you normally …’

A what?’ said Harry.

Rita Skeeter’s smile widened. Harry counted three gold teeth. She reached again into her crocodile bag, and drew out a long acid-green quill and a roll of parchment, which she stretched out between them on a crate of Mrs Skower’s All-Purpose Magical Mess-Remover. She put the tip of the green quill into her mouth, sucked it for a moment with apparent relish, then placed it upright on the parchment, where it stood balanced on its point, quivering slightly.

Harry looked down quickly at the quill. The moment Rita Skeeter had spoken, the green quill had started to scribble, skidding across the parchment:

‘Lovely,’ said Rita Skeeter, yet again, and she ripped the top piece of parchment off, crumpled it up and stuffed it into her handbag. Now she leant towards Harry and said, ‘So, Harry … what made you decide to enter the Triwizard Tournament?’

‘Er’ said Harry again, but he was distracted by the quill. Even though he wasn’t speaking, it was dashing across the parchment, and in its wake he could make out a fresh sentence:

An ugly scar, souvenir of a tragic past, disfigures the otherwise charming face of Harry Potter, whose eyes

‘Ignore the quill, Harry,’ said Rita Skeeter firmly. Reluctantly, Harry looked up at her instead. ‘Now why did you decide to enter the Tournament, Harry?’

Rita Skeeter raised one heavily pencilled eyebrow. ‘Come now, Harry, there’s no need to be scared of getting into trouble. We all know you shouldn’t really have entered at all. But don’t worry about that. Our readers love a rebel.’

‘How do you feel about the tasks ahead?’ said Rita Skeeter. ‘Excited? Nervous?’

‘Champions have died in the past, haven’t they?’ said Rita Skeeter briskly. ‘Have you thought about that at all?’

‘Well … they say it’s going to be a lot safer this year,’ said Harry.

The quill whizzed across the parchment between them, back and forwards as though it was skating.

‘Of course, you’ve looked death in the face before, haven’t you?’ said Rita Skeeter, watching him closely. ‘How would you say that’s affected you?’

‘Do you think that the trauma in your past might have made you keen to prove yourself? To live up to your name? Do you think that perhaps you were tempted to enter the Triwizard Tournament because’

‘Can you remember your parents at all?’ said Rita Skeeter, talking over him.

‘How do you think they’d feel if they knew you were competing in the Triwizard Tournament? Proud? Worried? Angry?’

Harry was feeling really annoyed now. How on earth was he to know how his parents would feel if they were alive? He could feel Rita Skeeter watching him very intently. Frowning, he avoided her gaze and looked down at the words the quill had just written.

Tears fill those startlingly green eyes as our conversation turns to the parents he can barely remember.

‘I have NOT got tears in my eyes!’ said Harry loudly.

Before Rita Skeeter could say a word, the door of the broom cupboard was pulled open. Harry looked around, blinking in the bright light. Albus Dumbledore stood there, looking down at both of them squashed into the cupboard.

‘Dumbledore!’ cried Rita Skeeter, with every appearance of delight but Harry noticed that her quill and the parchment had suddenly vanished from the box of Magical Mess-Remover, and Rita’s clawed fingers were hastily snapping shut the clasp of her crocodile-skin bag. ‘How are you?’ she said, standing up and holding out one of her large, mannish hands to Dumbledore. ‘I hope you saw my piece over the summer about the International Confederation of Wizards’ Conference?’

‘Enchantingly nasty,’ said Dumbledore, his eyes twinkling. ‘I particularly enjoyed your description of me as an obsolete dingbat.’

Rita Skeeter didn’t look remotely abashed. ‘I was just making the point that some of your ideas are a little old-fashioned, Dumbledore, and that many wizards in the street –’

‘I will be delighted to hear the reasoning behind the rudeness, Rita,’ said Dumbledore, with a courteous bow and a smile, ‘but I’m afraid we will have to discuss the matter later. The Weighing of the Wands is about to start, and it cannot take place if one of our champions is hidden in a broom cupboard.’ (Rowling, 2000, pp. 197–200)

Harry Potter and the Goblet of Fire: Copyright © J.K. Rowling 2000

Bridging to a Business Scenario

The Harry Potter interview reproduced above can be used to understand and evaluate ethics in the context of qualitative data collection. To bridge between the story and a business setting, imagine the following scenario.

Allegations of promotion discrimination have surfaced at Reinger Inc, one of the most famous IT companies in the world. It appears that some employees were promoted based on nepotism, even though they were not eligible for promotion. Some others, who were due for promotion, were ignored as a result of that nepotism. This resulted in several grievances.

Aria May is a qualitative researcher hired to investigate this human resources (HR) scandal in Reinger Inc. and you are her assistant. Aria will be interviewing all the involved employees and alleged perpetrators, to explore the promotion discrimination at this global company. She also has access to the transcripts and recordings of similar interviews conducted by previous researchers.

Aria reviews the interview between Rita Skeeter and Harry Potter. Harry represents an employee who has received an undue promotion (a chance to enter the Triwizard Tournament) and Rita represents the interviewer that intends to find out how he managed to get this promotion so that she can publish the results in the newspaper she works for, the Daily Prophet. While going through Rita’s interview, Aria notices that Rita acted unethically in her capacity as a researcher. For instance, it was clear that Harry was neither willing nor comfortable being interviewed. This also makes Aria wonder about the quality of the study findings.

Your role is to assist Aria in investigating Rita Skeeter’s interview with Harry Potter. Specifically, you will use different ethical perspectives to examine the various ethical considerations involved in this situation. Subsequently, you and Aria will contemplate the importance of researcher reflexivity as a tool for ensuring ethics in qualitative business and management research. Furthermore, you will need to consider theoretical perspectives and considerations in ethics, as well as reflexivity, in your own work.

This case was prepared for inclusion in SAGE Business Cases primarily as a basis for classroom discussion or self-study, and is not meant to illustrate either effective or ineffective management styles. Nothing herein shall be deemed to be an endorsement of any kind. This case is for scholarly, educational, or personal use only within your university, and cannot be forwarded outside the university or used for other commercial purposes.