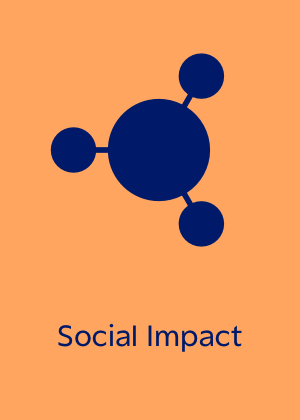 This case illustrates the challenges of starting up a social enterprise within a nonprofit environment. Brain Trust Canada (Brain Trust), a charity located in the Central Okanagan region of British Columbia, Canada, was formed with the goal to provide brain injury prevention, education, and support programs for those suffering from brain injuries. In late December 2019, the organization was just completing the pilot year of a social enterprise called Brain Trust Concussion Clinic (BTCC), offering a service gap in the market. Brain Trust CEO Mona Hennenfent was tasked with reporting to the Board of Directors a recommendation on whether expanding this social enterprise was the right decision.

You are not authorized to view Teaching Notes. Please contact your librarian for access or sign in to your existing instructor profile.
Resources
Exhibit 1: Brain Trust’s Vision, Mission, Values, and Strategic Priorities
Vision

To be established in our community as a key collaborative partner in meeting the unique needs of youth and adults affected by acquired brain injury, and in providing successful, evidence-based approaches to brain injury prevention and education.

To bring the issue of brain injury to the forefront, maximize the potential of those who have been affected by brain injury, and reduce preventable brain injuries, especially among youth.

We are committed to collaborating with other agencies for greater social impact. We seek opportunities for key partnerships with the health, education, nonprofit, and corporate sectors.

We constantly seek new ideas and approaches that support best practices in the field of brain injury. We bring creativity to the service of our mission.

We bring specialized knowledge and skill sets to our work with clients and community. We treat our clients with dignity, compassion, and respect. We seek ongoing opportunities for professional development.

We adapt to changes in the political, social, economic, and financial environment. We’ve been doing it for over 30 years.

We carefully manage both our human and financial resources. We effectively use the time and strengths of our staff and board members, and we wisely spend the funds invested in our cause.

We focus on service excellence in all program areas. We provide services tailored to the unique needs of our clients. We respond to all requests for assistance; if we can’t help, we connect individuals with a key partner who can.

Expand our organizational and service delivery models to ensure that we fill critical service gaps that meet essential needs in the community.

A rectangular box houses the text which reads,

The text to the left of the rectangular box reads,

The text in the center of the rectangular box reads,

DEVELOPED BY THE CONCUSSION IN SPORT GROUP

FOR USE BY MEDICAL PROFESSIONALS ONLY

Please note that the neurocognitive assessment should be done in a distraction-free environment with the athlete in a resting state.

Each entry is followed by a blank line.

Followed by a questionnaire with yes/no options outlined housed within a box at the end of each question.

Has the athlete ever been:

Followed by details of STEP 2. STEP 2 is enclosed on all the three sides of the page with a line except for the base. The number 2 displays on the left side top corner of the enclosure. The text reads as follows.

Followed by an entry and two checkboxes along the same side with text between them which reads.

Followed by the text at the center of the box which reads.

Please hand the form to the athlete

The Immediate Memory component can be completed using the traditional 5-word per trial list or optionally using 10 words per trial to minimize any ceiling effect. All three trials must be administered irrespective of the number correct on the first trial. Administer at the rate of one word per second.

Please choose EITHER the 5- or 10-word list group and circle the specific word list choices for this test.

Please circle the Digit list chosen (A, B, C, D, E, F). Administer at the rate of one digit per second reading DOWN the selected column.

See the instruction sheet (page 7) for details of test administration and scoring of the tests.

Which foot was treated (i.e., which is the non-dominant foot)

Followed by two small square boxes one below the other with the text left and text right, respectively.

Followed by details of STEP 5. STEP 5 is enclosed on all the three sides of the page with a line except for the base. The number 5 displays on the left side top corner of the enclosure. The text reads as follows.

The delayed recall should be performed after 5 min have elapsed since the end of the immediate recall section. Score 1 point for each correct response.

Do you remember that list of words I read a few times earlier? Tell me as many words from the list as you can remember in any order.

Time Started, followed by a small rectangular box to the right.

Followed by three lines running across the page within the enclosure.

Total number of words recalled accurately: followed by two small rectangular boxes side by side with the text which reads of 5 or of 10, respectively.

Where/How the Service Will Be Performed

A solution for any family or individual who asks the question: “What do I do when my child is diagnosed with a concussion?”

BTCC provides an affordable, medically supervised approach to helping children and youth ages 5 to 25 heal safely from concussion, so they can get back to school, sports, and the activities they love. Concussion clinicians provide the one-on-one guidance, information, tools, and reassurance families need to get through the first 10 to 30 days after concussion, from the convenience of home.

Exhibit 5: Number of Youth and Households in Target Market for BTCC