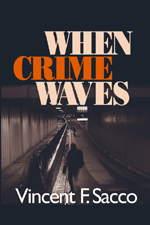 Despite its wide usage, the concept of the “crime wave” has rarely been given explicit and detailed attention by criminologists. It is important that we understand where they come from, how they develop and what their consequences are. When Crime Waves offers an in-depth exploration of a large number of social issues involved in the study of crime waves. Issues such as how and why crime rates change over time, why some types of crime and not others come in waves, and the role played by the mass media, politicians, and interest group leaders in the promotion of crime waves are discussed to help students develop analytical skills and apply them to real-world situations.

Critically examines the phenomenon of crime waves in an engaging fashion; Provides multiple perspectives via historical and contemporary examples throughout the book; Delves into the role played by politicians and the media in creating the perception that a crime wave has occured; Presents themes of myth-making, cultural imagery, and social constructionism

Vincent Sacco is a professor in the department of sociology at Queen's University in Kingston, Ontario. His research interests are in criminology and urban sociology, which relate to the study of criminology, as well as the study of public perceptions of and reactions to crime. In approaching criminology, his work emphasizes the study of “criminal events” and investigates why some people are more likely to be victimized by crime; when and where crimes occur; and what contributes to the views on crime held by the police, lawmakers, and members of the general public.