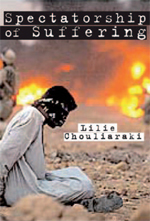 The Spectatorship of Suffering

This book is about the relationship between the spectators in countries of the west, and the distant sufferer on the television screen; the sufferer in Somalia, Nigeria, Bangladesh, India, Indonesia, but also from New York and Washington DC. How do we relate to television images of the distant sufferer? The question touches on the ethical role of the media in public life today. They address the issue of whether the media can cultivate a disposition of care for and engagement with the far away other; whether television can create a global public with a sense of social responsibililty towards the distant sufferer.