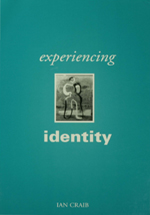 Ian Craib is one of the best informed and most penetrating commentators on theory and identity working today. Over many years, he has made notalbe contributions to the study of classical social theory, modern social theory, and psychoanalysis. This volume reflects the full range of his interests. The book is organized around the themes of experience and identity. It begins with a critique of existing sociological accounts of identity, arguing that these are incurably cognitive, treating the people that they study as incapable of experiencing and internal life of internal space. The book moves on to consider the implications of this in social theory and human practice. The argument in divided into three parts. Part 1 traces a Utopian notion of experience developed in Western Marxism, through its steady decline over the first half of the 20th century to the understanding of ambivalence emphasized by modern psychoanalysis. Part 2 offers criticisms of ôgrand theoryö in sociology and of less grand forms of sociology, showing how their lack of concern with lived experience creates unrecognized theoretical and empirical problems. In Part 3, these issues are situated in the context of psychoanalysis, suggesting that psychoanalysis can add to our understanding of experience, but shares the dangers of the other approaches. The book closes with a plea for developing the concept of internal psychic space as a sensitizing concept for sociologists and as a source of personal and political freedom, which has to be protected against theories and practices that would neutralize it. Incisive, compelling, and timely, CraibÆs book will be of interest to students of sociology, social theory, and psychoanalysis.