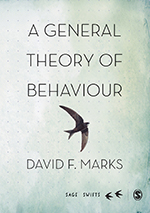 A General Theory of Behaviour

Psychologists like to claim that Psychology is a science, yet, until now, the discipline has lacked any real scientific laws, has had no overarching scientific paradigm and has been blighted by poor replicability of research, all of which have dogged the discipline. Attempts to place Psychology under a single scientific umbrella, e.g. Behaviourism, Cognitivism, Biological Science, Social Science or Human Science, have all failed for a host of reasons. This unique book presents a single paradigm for all of Psychology within a framework of Natural Science. For example, it employs as a model an organising principle known in another scientific discipline for over a century, the principle of Homeostasis. Findings across the entire discipline including perception, learning, emotion, stress, addiction, well-being and consciousness are all shown to be consistent with a new paradigm based on this, and other principles drawn from natural science.